From a Mechandiser to an inspiring successful Entrepreneur

For couple of years, Ike Genu had to work as a mechandiser to make a living. For him, being raised by a single parent, life was not easy. Upon completing his matric his mother could not take him through to Varsity, he then had to settle for any job that he could find. However with his optimistic and goal orientated personality, Genu did not give up.

Two years later working as a mechandiser, Genu; one of the current VTSD Retail Economy beneficiaries in Ventersdorp North West, saw an opportunity to start his own Tuckshop. Three months later his sales increased drastically, beating up his former employer with sales. Genu has since been running his own business and currrently employs three people including him.
The striving entrepreneur admits that although he has attended couple of business trainings before participating in the VTSD project, the NQF level 2 National certificate in Wholesale Distribution training, the Point of Sale training provided through the VTSD Retail Economy project has since equipped him further on his business knowledge. As a result, the sales of his newly refurbished shop has increased and he continues to receive positive feedback from his community and clients. VTSD (Villages, Townships and Small Dorpies) Retail Economy is an initiative of the North West Provincial Government, in Partnership with North West Development Cooperation, the initiative aims to revive local economy by empowering local people. With Genu not only being an entrepreneur , but a respected leader in his community, Genu elaborates that his wish is to see other beneficiaries in operational soon as Zooi “project implementer” is complete with their refurbishments and containers.

When asked what is his advise to unemployed youth looking up to him, Genu explains “Previously in our age group, we were sent to school to learn how to work and get jobs, but I would like to advise the youth and change their mind set to say, when you go to school, go with the objective to acquire knowledge on how to establish your own business, to create jobs and eradicate poverty” 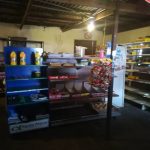 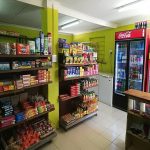 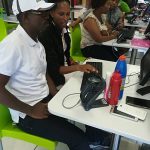